Norwegian continues its success as one of the largest international players in Las Palmas by launching 10 new direct flights from the end of October and early November.

Norwegians now have the chance to fly directly to Las Palmas from Ålesund, Evenes, Haugesund, Rygge and Tromsø. Departures are weekly and tickets are already available.

Norwegian can also offer sun seeking Swedes three new direct routes to Las Palmas this winter from Karlstad, Malmö and Umeå. In addition, Norwegian has decided to launch weekly flights to Las Palmas from Billund in Denmark and Oulu in Finland. These tickets are available today.

More and more people choose Gran Canaria as a holiday destination during the cold winter months. The island offers everything from cultural experiences and great shopping to a variety of restaurants, nightlife and last, but not least, beautiful beaches. Gran Canaria has a large range of hotels to fit any budget, which makes it easier for travelers to customise their own holiday.

For Norwegian, it is important to offer direct routes to exciting destinations. Las Palmas is already a popular destination and the new routes will make it much easier and hassle-free for even more customers to experience the sun this winter.

In addition to the new routes, Norwegian will also increase its existing offer with one more weekly departure to Las Palmas from Torp, Bergen, Trondheim and Stavanger, totaling up to two direct flights weekly. Norwegian will also increase its direct flights from Oslo, by offering eight weekly departures from the capital. Stockholm will see an increase from three to four weekly flights, while Copenhagen will have an increase from three to five weekly flights to Las Palmas.

Norwegian will use its new, more environmentally friendly Boeing 737-800 aircraft with free WiFi on the Las Palmas route.

Tickets to Las Palmas are available at www.norwegian.com. 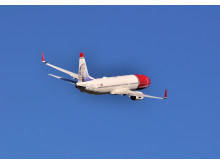 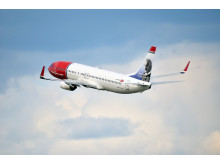