Fosser has over 16 years’ experience working for Telenor, where he was also Senior Vice President for Marketing in the Telenor Group. He is now returning to Norway after almost two years in Copenhagen working as Chief Marketing Officer for the consumer market.

"I am really looking forward to getting Tor-Arne on board. His driving force, experience and digital expertise are tailored for the role of head of the newly created Airline Ecosystem department," said Jacob Schram, Chief Executive Officer for Norwegian.

Fosser also has a background as a consultant at Accenture and headed a digital marketing agency in DentsuAegis. In Norwegian, Fosser will lead the development of new business solutions and revenue streams related to the customer journey.

"Norwegian is facing an exciting time in an industry with fierce competition, and I really look forward to being part of the team and to work with one of Norway’s strongest brands,” Tor-Arne Fosser said.

Fosser will take over from Brede Huser, who was appointed interim head of the Airline Ecosystem in June 2020.

The Norwegian story began over 27 years ago - we were founded in 1993 but only began operating as a low-cost carrier with bigger Boeing 737 aircraft in 2002. Norwegian expanded across the globe as the airline launched short-haul services across Europe and then entered the long-haul sector serving the US, Asia and South America. We operate a modern and fuel-efficient fleet consisting of Boeing 787 Dreamliners and Boeing 737s.

We were the first airline in the world to join the UN Climate Secretariat’s climate action-initiative in 2019, pledging to work systematically to become carbon neutral by 2050.

Norwegian has become part of the fabric of Nordic culture and we take great pride in exporting our Nordic values across the world. 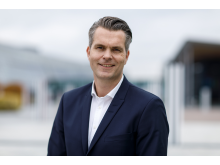