Norwegian’s (NAS) passenger growth continued in September, up 11 percent compared with the same month previous year. Even with a capacity growth of 21 percent the load factor is a solid 80 percent.

The airline flew 1,647,702 passengers in September. The total passenger traffic (RPK) increased by 20 percent and the total capacity (ASK) increased by 21 percent. The load factor was 80 percent, the same as the previous month. Unit revenue also developed positively with a RASK increase of 7 percent.

“I am very pleased with September’s traffic figures, particularly because the capacity increase is well adjusted to the market demand. The solid load factor proves that our product is well received by our customers,” said Norwegian’s CEO Bjørn Kjos.

The company operated 99.7 percent of its scheduled flights this month, whereof 90.2 percent departed on time. 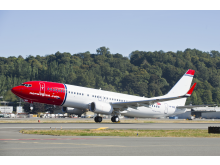 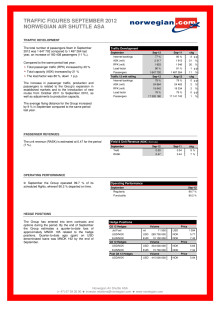