Norwegian (NAS) experienced a strong passenger growth and high punctuality in August. More than 1.5 million passengers flew with the airline, an increase of 19 percent compared to the same month previous year. The overall punctuality was 90 percent.

A total of 1,526,755 passengers flew with Norwegian in August. The traffic growth (RPK) was 26 percent. The load factor was 82 percent in August, up 3 percentage points from August 2010.

“Our passengers appreciate our brand new aircraft and in-flight WiFi combined with a record high regularity and high punctuality. It is inspiring to see that our high level of overall service is reflected in our traffic figures,” said CEO Bjørn Kjos of Norwegian.

During the past year, Norwegian has taken delivery of 18 brand new and more environmentally friendly Boeing 737-800s and in August the carbon emissions per passenger was 9 percent lower than the same month previous year. 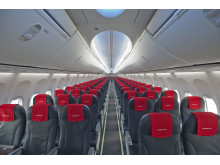 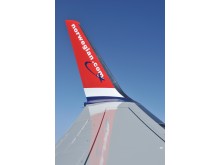