Geir Karlsen has over the last 12 years held various CFO positions with international companies such as Golden Ocean Group and Songa Offshore. He now comes from the position of Group CFO at London-based Navig8 Group, the world’s largest independent pool and management company. Geir Karlsen has a degree in Business Administration from BI Norwegian Business School.

Geir Karlsen said: "I look forward to becoming a part of the top management at one of Norway's most international growth companies and to take part in its ambitious growth plans. Norwegian has become an internationally renowned airline with an existing fleet of more than 140 aircraft and a pending order of more than an additional 200. Aviation is characterised by strong competition, and I hope and believe that my background and experience will contribute to further developing the company.”

Norwegian CEO Bjørn Kjos said: "I'm very pleased that Geir Karlsen will be a part of our team. A major part of his professional experience clearly resembles the airline industry, where lease agreements and financing of major transactions are key to succeed. At the same time, he has extensive management experience from major international companies that is very important to enable Norwegian’s global growth.”

Tore Østby, who has acted as CFO since July 2017, continues in the Group Management in a new position as Executive Vice President Strategic Development. Østby has 15 years of experience from the financial sector as senior analyst and analyst manager. In addition, he has seven years of experience from the Orkla Group. Østby has a degree from BI Norwegian Business School.

Tore Østby said: "I look forward to continuing at Norwegian. We have had a fantastic development and amazing future opportunities. Today we have a unique loyalty programme, one of the world's most modern fleets and many interesting business opportunities."

Bjorn Kjos said: "During his three years at Norwegian, Tore Østby has made considerable contributions to the company’s growth and success, both as VP of Investor Relations and acting CFO. A strong management team and a clear strategic direction are important, and I am very pleased that Tore will continue to be a part of the Group Management at Norwegian.”

The third change in Norwegian’s Group Management is on the IT side through the appointment of Kurt Simonsen (59) as new CIO. Simonsen has long and broad experience from major change and digitisation processes, and has during the past 17 years been a partner and co-owner of the consulting company Infocom Group AS. He also has experience from Hewlett-Packard and Telenor. Simonsen is an electronics engineer.

Bjorn Kjos said: “IT is an important and integral part of Norwegian’s business and strategy, and we shall continuously develop the best solutions for our customers while simultaneously making our operations more efficient and reducing our cost. I am very pleased that Kurt Simonsen will be a part of Norwegian’s management team.”

Kurt Simonsen said: “The role as CIO at Norwegian is in my opinion the most exciting job opportunity in Norway today. Norwegian is a company where IT is key to the operation and with its ambitious growth plans in an increasingly digitalised world, I look forward to bringing my experience to the table and contribute to making the company realise its business strategy.”

Simonsen commences January 2 and Karlsen commences April 3. Østby will continue to act as CFO until Karlsen is on board. 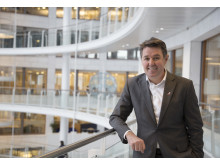 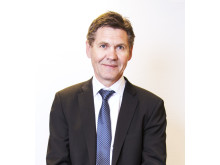 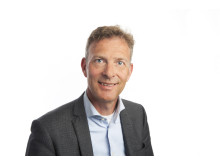